Lack of Internet Security – Leading Cause of Hacking

Millions of people are hacked every day, but only handfuls are aware of it. For those unlucky enough to be the victims of hackers whose intent is to steal private information, they might discover it when they have already had their bank accounts wiped clean. Hacking is indeed a very serious threat.

Why Are There So Many Hackers?

Hacking is a common illegal activity. You don’t have to be a genius to do it. Hackers can make easy profit from hard working people, even with the most basic of skills. Hackers are not considered clever because they break a firewall, but because they expose huge security flaws in giant corporations. Some of their easier targets are people who make money on blogs. This is because people who make money on blogs generally have to type in their bank details and other sensitive information in order to work online. This makes them an easy target for hackers.

How Can Hackers Do What They Do?

Hacking is something that experienced programmers, coders and computer science trained people can do. However, because many people learn to program and code by themselves, they also develop other skills and take on the risks of trying to break into systems and software.

The internet was made public to the masses in 1991. This means that it is still a relatively new place, being only 26 years old. As such there are still numerous vulnerabilities in software that are still being figured out. Cyber laws are also still being drafted as we learn more and as technology advances. Hackers take advantage of these weaknesses and system vulnerabilities to hack into different computers and networks to either steal data or simply to execute destruction of service operations. Usually, hackers are people who have been networking together before and have decided to form an alliance of sorts, sort of like the infamous group of hackers known as Anonymous.

How to Protect Your Network

First don't believe everything security software tells you it can do, and look for reviews on different software to see how they really work. Next, know that you're never 100% safe, and there will always be a way to breach data. The key is to make breaching your private information as close to impossible as possible. Most hackers are not the Mark Zuckerberg, and can be easily dissuaded from hacking if it looks like it will take work.

Next up after researching security software install it, and let it do its work. Now this is where many companies slip up. If they don't keep an eye out for a possible breach in security software they are basically unprotected again.

Avoid downloading any and every free security software you see online. It might be a virus that is being circulated intentionally by hackers. Once you have downloaded and installed the free ‘security software’, the hackers now have access to your private information.

Looking up bloggers who specialize in discussing security software and reading up security reviews is one of the best ways of learning which software to avoid. These blogs are also a great place for networking and learning what other people are using to protect themselves.

Why People Don't Protect their Network?

Many people don't have any protection to their network, and this is mainly because of laziness and or ignorance.

People don't think their private information can be stolen as long as they don't get any viruses. Then if they do get a virus they can download software to remove it all clear right?

Well first if you have a clever neighbor that hacks into your Wi-Fi they have nearly full control of most electronics if they wish. This means all of a user's private information can easily be stolen by a nosey neighbor.

Second, if you ever do get a virus on your computer there is a good chance it already transferred boatloads of information to another PC. Either that or it started recording the keys you typed into your keyboard to find a password for you accounts. This is why having security software that blocks threats rather than cleans up aftermath is a good step to a safer computer. Importance of Choosing the Right Career The benefits of thinking positive in your career 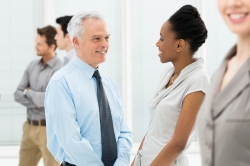 Grow: The Best Way to achieve Personal Development and Well-Being How to make Connections and Network 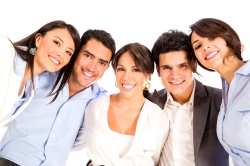 Increasing Interest with a press release How to stay Motivated Friends/Family, Why are they important? 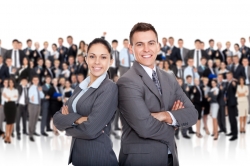 Professionally an Accountant and by passion a networker. CEO at NetworkingContact.com! Sign up for free to unleash your inner power of networking.

Meet Us on Social Media